This God is a monster. This is the message of delusional children full of fear. This is not the message of an all-loving God. This is a recurring theme in Christianity. Pagans had one big advantage, they could blame bad things on bad gods, and good things on good gods. The idea that everything comes from one God and he thinks like a human is quite mad. If God exists, and thinks all of which I doubt , he would think nothing like us, so I don't know why they think they could possibly represent God's thought processes.

It's quite arrogant really. God is also perfectly just. Suppose God has given us the power through free will to chart humanities course. The more we turn from Him the greater the discord. Makes all the sense in the world The message itself says absolutely nothing about justice. It talks about punishment beyond the scope of the crime.

Punishment that is cruel and unusual. This God is not just.


The message does not say that due to humans misuse of free will, very bad things will happen, but rather that because we are offending God he will punish us. It seems you are reading the words only as you personally wish to read them. Our Lady uses many images, and always has. Much of this is so that this can be understood by the educated and uneducated alike. So remember that we must read them by placing them in the whole of Sacred Scripture and Sacred Tradition.

God only gives us what our free will truly desires. It is not God that sends us to hell, we send ourself to hell. Our Lady spoke, and continues to speak to this day, ultimately not of death and sin, but of great hope. Great hope that is found in her Immaculate Heart where Jesus' love resides. She speaks of repentance because she wishes for us to be truly happy--and true joy and peace comes only from from Jesus' Sacred Heart! In all, Fatima is very well documented in its "dancing of the sun", as well as the lights that lit up the sky as WWII was beginning.

As I mentioned above, we will see that Russia will be consecrated to Mary's Immaculate Heart and those great blessings will be released! Hopefully this will happen as Our Lady wishes in , which would be the th anniversary of Fatima which will also be amidst the coming darkness of economic collapse and violence. But of course it is up to our free will to actually do this. And the Pope will be martyred in Jerusalem which will plant the seeds of the papacy being re-established in Jerusalem instead of Rome.

I think I read the message as the message is written. There is no monolithic tradition through which all Catholic apparitions must be interpreted. There have been different strains of thought running through the faith since its very inception. One cannot appeal to tradition. Regardless, the God who says "Repent or I will punish you with horrible things" is a monster. I do not see an argument as to how that is not a primary message of Fatima.

The idea that we can be reasonably hopeful that everyone is saved, I suppose is heretical? Fatima clearly states that many do in fact burn. I was Catholic for most of my life.

I have found that the Catholic Church will often lie or be duped about miracle claims. In my opinion, the Catholic Church lied to me, when I was Catholic. This does not lead me to put any trust in miracle claims like Fatima, especially when the message is so revolting. I am so sorry to hear that. Know that you will continue to be in my prayers so as to come to experience the great peace and joy of the blessings of God. Know that I will never personally knowingly lie to you; as you know, I try to be pretty blunt and straight forward about things!

There is no contradiction between holding hope that hell could be "empty" and also believing the Fatima messages. Remember, the vision of hell does not need to be a vision of the souls in hell at that very moment in time which hell really isn't "in our time". Sometimes we can anthropomorphize things, as if our way is the only way. We do pray that all souls go to heaven, but unfortunately the danger of souls choosing to be separated from God is real.

That's a main take-away from Lucy's vision of hell. The apparition telling us when a miracle will happen is called priming. It makes it more likely that something weird will be seen not less. As to clothes drying, it is quite easy to believe that one experienced something that never happened, especially when you are told that you experienced it. Say you and I went to Fatima, as reporters out of curiosity, on October 13, It was a downpour and we were soaked.

Suddenly we are able to look at the sun for minutes at a time with great ease, and without it hurting out eyes. 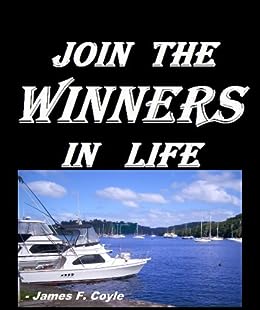 The sun dances and then as the sun "lodges" itself back in the sky, we look around and all our clothes are dry. But say someone simply tells us that our clothes are actually dry--there is no way that if our clothes were actually still wet that we would then suddenly agree. It is not as if these people were dumb. They are very smart people, they would know if their clothes were wet or not!

It would be very arrogant for us to believe that common sense is a recent phenomenon. And the fact that secular reporters relayed these things, which ten of thousands of people experienced, just lends it to be that much more credible.

The sun dancing has a natural explanation. Not all witnesses saw it, and not all witnesses saw the same thing. Why do you think that the whole are clothes is dry thing happened at the time of the apparition? If a couple days later I was told that everyone's clothes dried and I believed that something miraculous happened, I would probably agree that my clothes also dried. Human memories are very malleable. There have been multiple instances of supposed Catholic miracle being proven false or suspect.

The Bible Defeats Its Own Resurrection Story | Bob Seidensticker

The same is most likely true of Fatima. Do you believe the miracle stories of the Greek and Romans and of the other world religions? Did Mohamed ascend into heaven? Sure, but just because there could potentially be natural explanations does not automatically mean that it was a purely natural phenomenon.

Building a Path to Servant Leadership through Faith

In the end, I think from a rational POV, too many things line up with the whole Fatima apparitions and miracle, including the events of the following decades and up to our own day that go back to Fatima. Because of this, it is very hard to completely write off from a rational point of view. Sure, there have absolutely been Catholic "hoaxes". But we can't put them all these events on the same level. Some we have more reason to believe than others. But that is why the Church has rigorous "tests" for apparitions and the like, and then only officially approves of a very small amount of them.

In regards to other world religions and pagan religions, there have not been accounts or proof of apparitions or miracles like we have seen in connection to the Catholic Church. Whether or not one believes in the miracles associated with the Church, there is a distinct difference between those claims and all others, especially over the past years. Why does Mary suddenly begin appearing in profound ways since the mids?

The answer ultimately is that God wishes to exalt Mary's Immaculate Heart, along with the Papacy and Christ's Church; this is so that all may come to know the Father more intimately. So again, either the Church is very right, or very wrong.

I don't think the Catholic tests are very rigorous. For instance, in the case of Mother Teresa, the miracle that lead to her canonization was considered a healing by natural causes by the patient's doctors. The catholic church no longer has a devil's advocate. You know that some Marian Appartitions have actually caused schism within the church. I don't think any of the Marian Appartions are particularly noteworthy, although they have given us some beautiful iconography.

I think we can attribute the increased frequency of appartitions to the copy-cat effect. How do you feel about Medjugorje? I think we should recognize that there are some differences between looking at tests for canonization and apparitions as well, though many of the same principles come into effect. It is actually interesting because the Church has 2 groups of people that look at these miracles for sainthood.